I was pleased to nominate Julien Gibson for SA Brewing Club Life Membership at the AGM last week. It was seconded and passed without opposition. As he was unable to be there, the award will be presented at a meeting in the future.

There’s a theory of clubs and groups that says, for every 100 people in a group, nine will be active and one person will be super-active. Julien Gibson is SABC’s one. He has been a key member of our club since its inception and puts a lot in to make it run well.

He oversaw the club’s transformation from a group of homebrewers to an incorporated club.

Introduced a modern cashless and online membership system — said to be one of the first brewing clubs to offer it. This reduces the workload for everyone else from the treasure down. 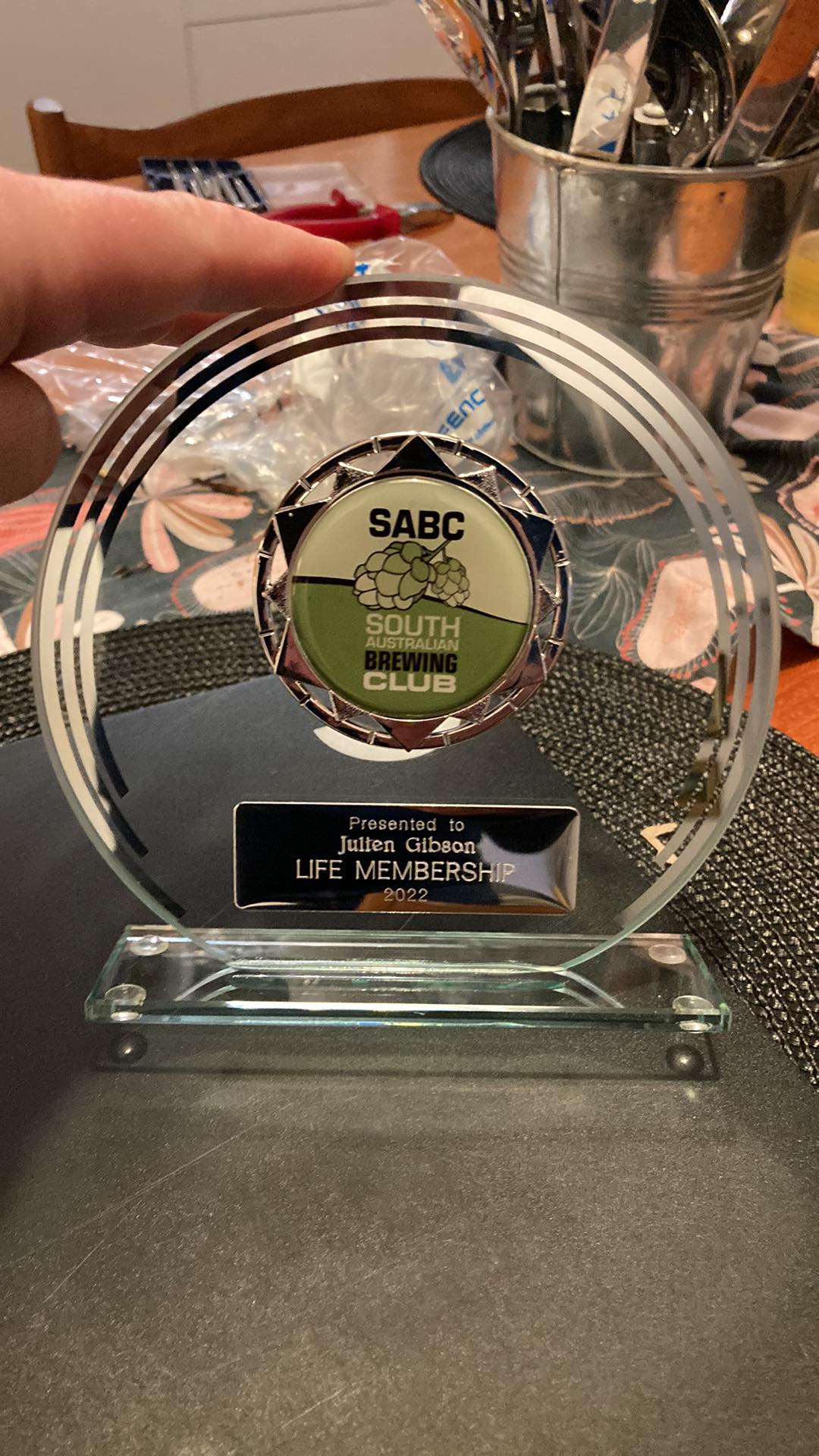 We have a shop to manage and buy club merchandise.

Our website is never down and is an important feature in presenting what the club is to the interested outsider.

He has set up and managed the competition portal for all our club competitions and SABSOSA is also said to be the first in Australia to do so.

He is the club’s public officer to keep us legal and within the associations’ laws.

He’s won many Best Beer of Show awards and places in competitions.

He was a club president and has been on the club committee for all of its existence.

His contribution to the ideas and progress of the club is highly valued.