Skip to content
At our next monthly club meeting on August 15 at the Wheatsheaf Hotel with special guest Stephen Nelsen, head brewing lecturer at SA TAFE and someone who has had plenty of experience in commercial and home brewing. There will be a wide-ranging open Q&A session as well we’ve asked him to talk about astringency and other off flavours in beer. Sort of an extension of our June faults meeting.

Early signs indicate it’s going to be a popular meeting. We always welcome new members to attend a meeting but in this case we are assessing if we will charge an entry fee for non-members to help cover the costs of using a PA and radio mics for the night. Please indicate on the Facebook event if you will be ‘going’. It does help us plan things.

Also, Jade from Wheaty Brewing Corps has gifted SABC a sealed 5kg block of Vic Secret hops. They’re an Australian hop said to be similar to Galaxy. Every financial member who comes to the meeting will get 100grams. There is a catch. We’d like to do a meeting focusing on the beers made with Vic Secret with tastings. You get to brew what you want but if you commit to proving a beer for tasting at the October meeting we’ll give you 200grams. Think about what you can do and talk to the committee at the meeting.

Ideally, it’d be great to have a Vic Secret vs Galaxy tasting challenge. Get your thinking caps on.

In other member news, the committee, with the advice of our social media and comms officer Sam, has decided to change the SABC Facebook group to a closed group. Nothing changes except member comments and post are no longer seen in their personal feeds (great if you want to comment but your boss is watching) and new members have to be invited to join or are invited when they join as financial members. This means it’s a space we can share club member information, discussions and offers but still use our Facebook page to maintain a public side to the club to maintain our profile and be discovered by brewers who don’t know about SABC.

Also for your calendars, we’re looking at a club brew day in October and working on a special plan for the annual free for members summer event.

The State Amateur Brewing Show of South Australia needs no introduction to most SABC members. It is SA’s premier amateur brewing competition and is open to all non-professional brewers in this state. It’d be great if SABC was well represented in the entries and even better if we do really well.

Apart from entering, the competition organisers need help. If you’re a BCJP judge or want to help steward let SABSOSA know. You can also add the times you can help with your entry. The other thing they need help with is bottle sorting on August 25/26. Not only does it help Tim, Gary and Keiran get things straightened out (because we’re expecting record entries this year) but it’s also a cruisy afternoon with some club members and a few beers. Watch out for the event or get in touch with SABSOSA or Gary.

The presentations are being held on the weekend of Sept 8-9 and that will be another opportunity for a member get together social meet-up.

If you’re just catching up, entries are open now at SABSOSA.com using the same competitions portal SABC has pioneered the use of. You will need a different account to your SABC comps one. Beers can be entered now and additional ones later with PayPal and credit cards accepted for the $5 entry fee. Entries close on August 24 and can be dropped off at a number of locations around Adelaide.

A couple of points worth noting: The preferred bottle size is 750mL but 500 ml or two 375mL firmly bound together are also accepted but be aware this is the last year two 375ml bottles will be accepted. Judging Guidelines, as used nationally, can be found on either sabsosa.com or aabc.org.au

Gawler Show entries are also open. You can enter until August 15. They also need judges  step up please. Let Steve Wilkins know on 0417 879 774

The new membership renewal page has been a success and member renewals have been coming in flawlessly. Thanks to Julien for his hard work setting it all up. Watch the shop page for more changes soon as we add club t-shirts and merch to it as well as special offers and all the other things we occasionally need to offer tickets to.

You can renew your annual membership anytime now and self-manage it. You do need to create an account but that is not only limited to SABC membership purposes. Soon it will enable you to access a whole lot of member-only content and information.

If you’re not a member and reading this, you can join as well without an invite or renewal.

More information on the process is here in a previous post.

Thank you to all the members who attended our July meeting for the winter competition judging and prizes and the club’s AGM. We had an unprecedented 52 entries. A big thanks to Gary and Julien for wrangling it so well along with everyone who judged and stewarded.

The results and judges’ comment sheets will be available through the portal in the coming week.

Thanks to the generosity of the club’s sponsor BeerCo, our prizes were awesome this year with some excellent ingredients packs. A ticket to ANHC was also a prize — the decision made by the committee to offer this as a prize was to aim to continue to grow our competitions and add great value for our membership by offering prizes of significant value.

The State Amateur Brewing Competition of SA (SABSOSA) is just around the corner so don’t drink your winter comp entry just yet and get brewing for state and national glory. The entry portal for SABSOSA is now open too.

While on SABSOSA, the AGM voted in favour of an amendment to our constitution to incorporate SABSOSA into SA Brewing Club as a subcommittee. It’s in line with how the peak state comps are managed in other states and sees SABC, the state’s top club, manage the state’s top brewing competition. It’s a great opportunity for the club and to help SABSOSA move strongly into its third decade.

The AGM was held and we heard from outgoing president Clinton Fisher who delivered his report on the successes and growth the year had seen. Clinton is reluctantly stepping down due to work commitments this year. On behalf of the membership and the committee, we thank him for all of his hard work as a committee member and president over recent years.

I know it was a tough decision for him and I thank him for his steady hand on the helm and vision (pun also intended… Specsavers Rundle Mall for all your optical needs). The club membership has grown by around 30 per cent, is financially sound and has a great structure for meetings, events, competitions and general good vibes.

The committee might be the heart of the club but it’s the membership that is the blood. There are seven of us but 75 members. If you’d like to help with anything — organising a meeting talk, events, brew days, beer swaps or just something fun (quick quiz for prizes anyone?) — let us know in an email. or share your idea on in the Facebook group. Don’t be shy, all ideas are welcome.

Coming up soon: next month’s meeting is at the Wheaty on August 15 and our guest is local brewing legend and educator Stephen Nelsen for a Q&A, so get your questions ready.

Jade from Wheaty Brewing Corps has always been a great supporter of the club and last week she gifted us 5kgs of vacuum packed Vic Secret hops, the Australian hop said to be very similar to Galaxy. We’re not sure of the plans yet but suffice to say everyone at next month’s meeting will get some and we’re working on a comparative tasting experiment. If you are keen to brew an experiment let us know (Galaxy vs Topaz vs Vic Secret showdown?)

Also as I said before, SABSOSA is coming. Entries close on August 24 with judging on September 1-2 at the German Club. Entries to the Gawler Show are also open. See our website’s calendar for more info.

A final reminder that you can now renew your membership through the new membership portal on our site. More info on how to here.

Until next time, I hope you hit your OGs.
Gus

It’s time to renew your annual membership via the SABC portal before the AGM on July 18.

To renew or become a new member you need to purchase a membership from the SABC shop. If you have previously purchased from the shop (bulk buy etc.), you will already have an account, so use those credentials to log in.

Go to our website and follow the Join SABC menu or go directly to the page in the shop here.

From here, buy your new or renewing membership (and one for a friend), add to cart and then go to checkout to pay.

Most users, including longtime members, won’t have an account to attach membership to. Fill out your name and details and create a password.

Choose how to pay. Either bank account transfer or Paypal / credit card. Placing the order will take you to the next page that has our bank account details on it. If you’re using direct bank payment please use your Order ID as the payment reference.

We’ll watch for your payment and marry it up with your membership.

Choose PayPal to use PayPal your account funds or for credit card payments. If you want to use a credit card, you don’t need to log-in to PayPal. Choose, Pay by another card.

When you finalise the transaction you’ll be redirected back to our shop page.

At our June meeting, the club presented a series of tastings of beers with off flavours added to them using professional sensory kits.

To accompany the tastings for discussion there was also some short presentations. You can download the slides as PDF documents below. 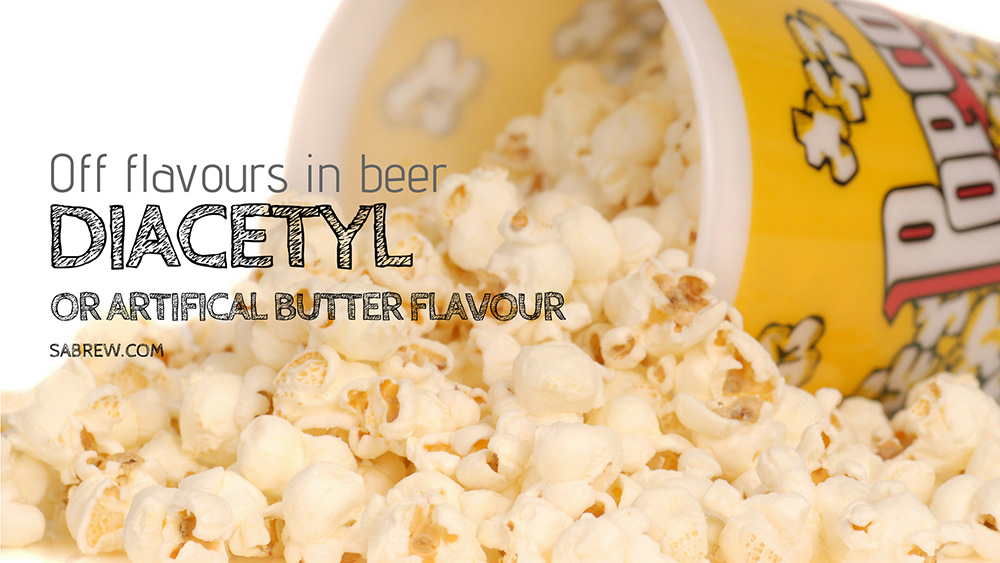